At PageFair we’ve repurposed all our spare monitors as cheap real-time business dashboards. Here’s how you can do the same (especially if you’re in Dublin).

“That which is measured improves”

It’s one of those business truisms that escapes attribution, but some brief research says it was probably Peter Drucker or Karl Pearson. Whoever it was figured it out decades before “Lean” came into vogue for the rest of us. It crept into my phrasebook sometime in 2010 when we were working on a Lean Manufacturing gamification startup. That was the year I learned to think of companies as systems built on feedback loops, plus several other important facts:

Since the launch of the Raspberry Pi I’ve been convinced that the components exist to cheaply repurpose every spare screen into a useful wall-based dashboard. Sadly, they’re not yet consumer-ready. 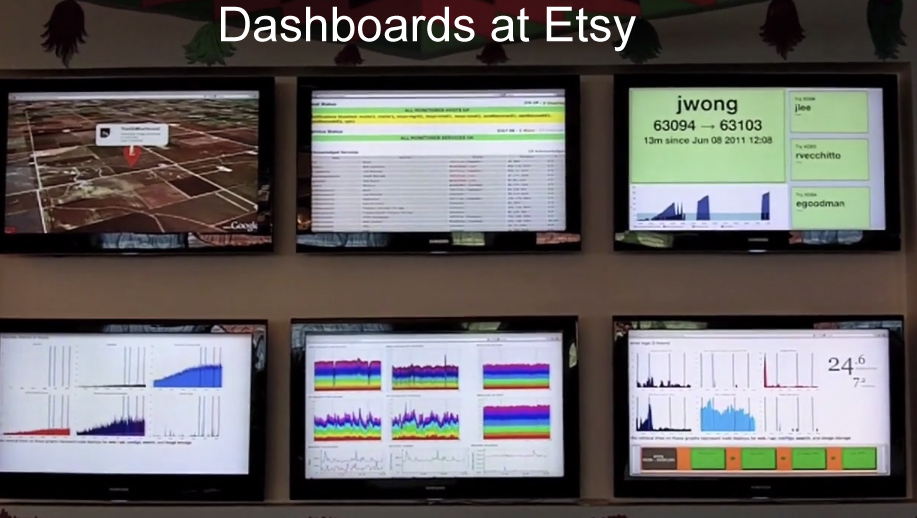 I was jealous after visiting Etsy in Brooklyn and being impressed with staff being able to order in their own 40 inch Apple TV-powered dashboards for nearby walls (more on their dashboards here). I want to achieve the same in PageFair. Our first attempt was to repurpose spare machines around the office to keep various webpages open on an auto refresh. That began to change our behavior for the better, but the tech wasn’t small, easy or cheap.

Our next attempt was to order a bunch of system-on-a-HDMI-stick Android media players, flash them with Linux, and set them up to drive all our spare monitors. It nearly worked, but the hardware wasn’t quite there yet. The mean time to failure was about three days, after which each of the sticks would need to be re-flashed and re-configured. We (and you) have no time for that.

The good news is that attempt number 3 worked, and I want to share it with you today. 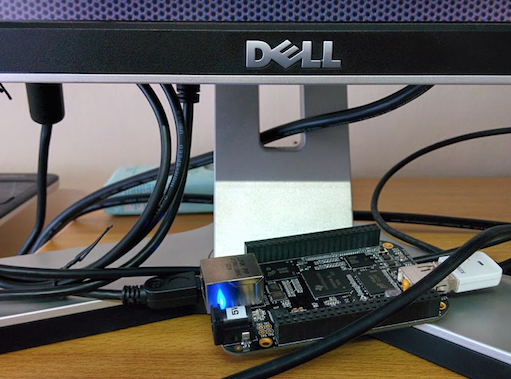 In 2011 we gave a spare office to the entrepreneurs from Computer Science in Trinity College Dublin known as Tophat. From that terrific collaboration, various great things have come. Most recently, Colm Vize has come to our aid and sorted out our dashboard situation. The answer was a particular cocktail of cheap components that, when taped to the back of a spare monitor, turn it into solid and flexible wall-mounted live dashboard.

The units Colm created consisted of a Beaglebone Black (essentially a souped-up Raspberry Pi) with a wifi dongle, attached to a spare monitor, and configured to auto-start a browser in full-screen, login to a given URL, zoom into a part of the resulting web page and auto-refresh ad infinitum. Should they be hit by a cosmic ray, we just pull the plug and restart them. Solid.

Here’s what he’s got configured for us right now: 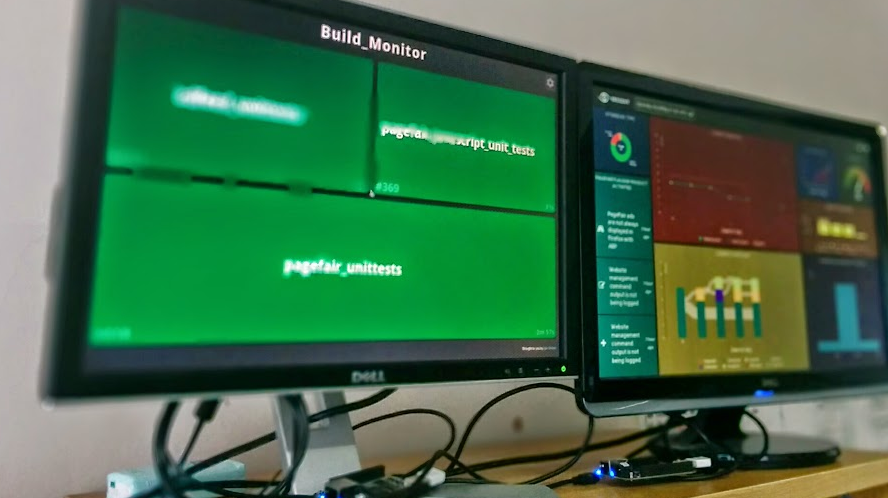 The best news is that we now have a formula for getting more dashboards on-demand. For only a few hundred bucks, we can quickly and affordably get a new dashboard on the wall to display whatever we feel we need to be measuring ourselves against this month. We’re running the company the way we always aspired to: data first.

If you are a tech startup, let me recommend that you immediately re-purpose those old 21” monitors and either: