I’ve written before about the venture chasm - the widening gulf between the founders and the funds, a gap that continues to widen as technology startups figure out how to get more done with less money. This idea occurred to me one night at one of our regular secret Techpreneurs meetups in Dublin. When I asked the room of tech CEOs how many were venture funded, or expected to be, only half the hands went up. Numbered among the other half were some of the best companies in the room. What was going on? 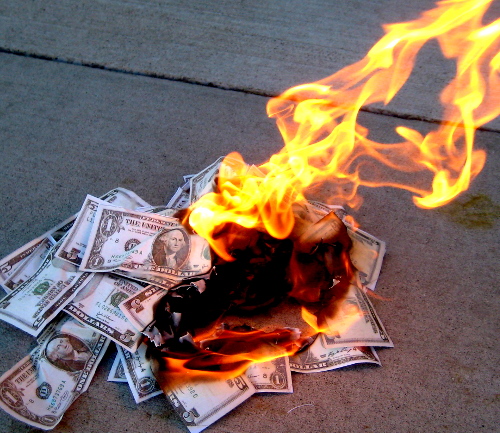 I asked that question in 2012 as I was contemplating a partnership that would turn our incubator into an EU dealflow funnel for a US VC firm. Many of the companies on my list of potential investment deals had ended up outside the venture capital system. Today, I can clearly see how that happens. Our incubator has been swallowed by its first spinout, PageFair, and we’ve got unbelievable traction. Like other lucky CEOs, I’m faced with a tough choice between two full-time jobs: selling to customers or selling to investors. The former sounds like a more honest living.

The best venture capital firms spend a lot of time making themselves visible in their startup communities. They often contribute a lot to the ecosystem through blogs, participating on panels, sponsoring events and mentoring. Unfortunately, the pro-active work stops there. Having made themselves attractive partners to the startups in their community, they retreat to HQ and wait for the pitches to flow in.

It’s up to the startups to ask them to dance. The dance is complicated and long, and during it the investor acts snooty and the startup acts like a stalker. The risk for the startup is sudden death, while the risk for the investor is returning less capital on their 10 year fund.  VCs naturally try to exploit their negotiating position to get the best terms, while still getting the deal done. Years later, the VC might look back at all the startups that turned up to the dance, compare them to the few it closed deals with, and feel pretty good about how it all worked out. The problem is that the VC never got a good look at all the companies who were too busy selling to go to the dance.

Venture Capital returns are abysmal, with the vast majority of venture funds failing to make any profit for their own investors. The rare fund that escapes this fate usually succeeds based on just one or two home run exits.

It’s time to recognise that the very best startups are those that can fund themselves from customer revenues. As capital requirements drop, startups are getting hooked on customer money instead of VC money. This means that any fund that expects to be courted will be increasingly ignored by the very home runs they are looking for.

It’s time for a new kind of investment model - The Scale Investor. This style of investment turns organic-growth startups into rapid-growth global companies. If I was managing a fund right now, this is what I would do:

The only challenge the Scale Investor faces is his ability to do what every VC says they do: help the company scale.

Really interesting. I’ve been thinking about something similar but at an even earlier stage. We do the proactive search at the pre-build stage – looking for people who have some sort of expertise or a really interesting idea that has immediate revenue generation potential. We co-invest in the ideas we think have some potential and then help them scale through a combination of helping with marketing, PR, biz dev, sales, design, build, HR and more. I’ve also started doing a little bit of this with more established pre-A round companies who need help to scale. I think this approach works best when you take the model that A16Z and Google Ventures have taken – you don’t just provide money – you have a bunch of really talented designers, sales guys, biz dev and marketing people and others on staff or on board to help these companies scale. Most companies I’ve met don’t need money as much as they need good advice and good people to help them grow. That’s where the potential for scale investors or something similar lies.

June 17, 2014 at 11:41 am, Damien Hoffman says: This is a massively underserved layer of the ecosystem. My company Wall St. Cheat Sheet — http://wallstcheatsheet.com — falls into the strike zone of this strike zone of this underserved market. We bootstrapped from the idea stage to one of the largest media companies in the U.S. (by traffic), all the while generating more EBIT than almost all the “sexy” VC-backed horses. Here was the issue: for many years our finances were textbook for growth-stage Private Equity, BUT we were too small; simultaneously, we were the right size for VC, but our finances were too strong to accept the downsides of VC capital as explained here http://www.mindfi.re/4-ugly-truths-about-raising-capital/

Thanks for the comment Damien. It sounds like we’re really talking about micro-P.E., as opposed to venture capital. My bet is that there’s going to be more and more companies like yours, hitting strong revenues early, thanks to dropping costs, increasing productivity and wider understanding of startup strategies (e.g., Lean Startup). A huge opportunity for investors that dedicate themselves to scaling this emerging class of company. By the way, I’m in NYC next week and I think we could have an interesting PageFair / Wall St Cheat Sheet conversation. Will ping you by email.